Fans are convinced Kylie Jenner has ALREADY given birth!

Are you ‘Keeping Up With The Kardashians’ lately? It seems many fans fo the show think Kylie Jenner has already given birth. That’s right!

Of course, she is pregnant with her first child. Claims of the new bundle of joy surfaced back in September. Yet there is no official confirmation from Kylie yet.

Kind of funny isn’t it?

Evidently the followers of the reality star, Kylie Jenner, 20, picked up on her absence from the Kardashian family’s Christmas card and were quick to suggest that her relatives were all looking at Kylie and her newborn.

If you missed the Christmas card, well here’s a sample. 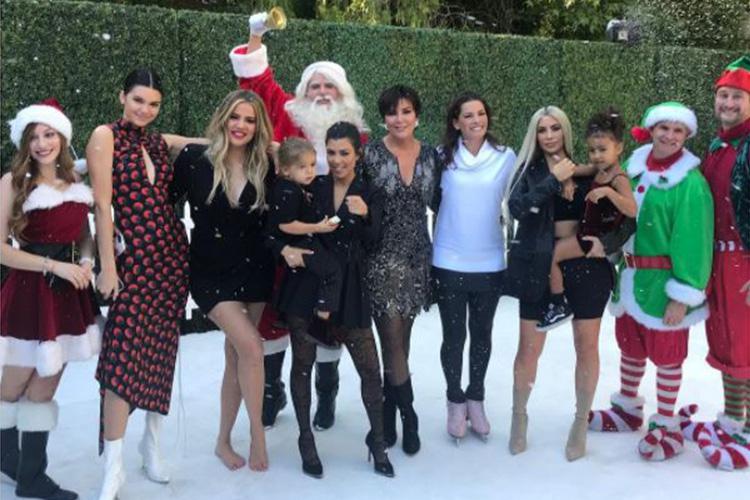 So, as you can see, Kylie did miss appearing on the Christmas card this year. What’s up with that?

Evidently, momager Kris uploaded a shot of the gang as they filmed scenes two months early , but Kylie, who is reportedly pregnant with her first child, was nowhere to be seen – and fans are convinced it’s because her bump is too big!

Khloe, who is also reportedly pregnant, opted to ditch her heels and go bare foot on the dangerous ice, while she kept covered in a flattering black dress.

That’s when the fans came out in force speculating that Kylie must have been too big to have been in the picture due to her pregnancy.

Fans then commented on social media.

And someone else tweeted: “She’s probably pregnant and she might trip if she wore heels on ice.”

Insiders also claim that Kylie’s boyfriend, the rapper Travis Scott, has “told friends about the pregnancy.”

After the news broke, Kylie’s fans went onto her social media pages and started to post their “congratulations,” despite the reality star not officially confirming the news.

The couple have been dating since April.

Recently Kylie Jenner was pictured in an oversize red sweater from Balenciaga on the cover of LOVE Magazine’s Spring/Summer 2018 issue.  Looks like she was keeping the baby news under wraps.

By the way the red Balenciaga turtleneck is available at Net-a-Porter  on sale for $690, marked down from $1000.

For the cover of the magazine, Kylie did her own makeup and complemented her festive red sweater with a bold red lip kit.

As Kylie stated in her interview with her momager, Kris,

“I was just trying to keep up with myself.  All businesses, every company, makes little mistakes here and there. Growing it in front of so many people all of a sudden was kind of hard.”

You can bet that magazine will sell a lot of issues. As for the baby news and Kylie, we’ll just all have to wait until possibly February to hear any baby news.