Prince Harry and Meghan Markle Meeting The Queen For Pre-Christmas Lunch at the Palace!

Christmas is all about traditions in the royal family, as Prince Harry and fiancee Meghan Markle headed off to join Queen Elizabeth for the annual royal pre-Christmas lunch at Buckingham Palace today.

The pre-Christmas lunch is a cherished royal tradition which provides Queen Elizabeth an opportunity to spend time with some relatives that won’t be present on Christmas Day.

Of course, the royal family will all have the opportunity to meet Prince Harry’s future wife, Meghan Markle, if they haven’t already. Members like the Queen’s cousin Prince Michael of Kent, or his son Lord Frederick Windsor, today’s lunch might be their first meeting with their new and soon to be family member.

Of course, today is really just the beginning of many events for the royal couple to be, as this is Meghan marks her first royal Christmas.

Meghan will also join Princle Harry at the Sandringham Estate in Norfolk on Christmas, even though she won’t be an official member of the family until the couple wed at Windsor Castle in May.

That’s a pretty good indication of how quickly Meghan Markle has been accepted into the royal family already. 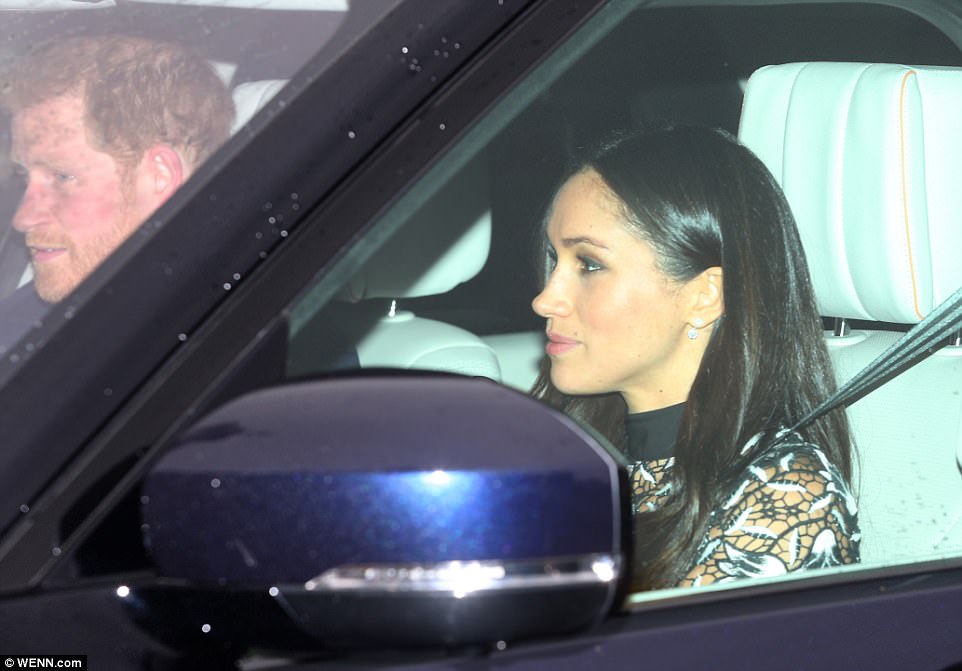 Meghan was pictured arriving in a Land Rover Discovery with Prince Harry.

Markle was seen wearing a £300 high necked lace dress from Self-Portrait and a pair of diamond drop earrings for the royal lunch to meet the Queen.

Also arriving for the pre-Christmas lunch were Prince William and Kate and their children, Princess Charlotte and Prince George, along with their nanny.

Once inside the palace, it was said Meghan mingled with a daunting array of royals, as all of the Queen’s children were in attendance, along with most of her grandchildren.

Although Meghan Markle has already met the Queen a few times, this is thought to be the first time Meghan has had a lunch with the entire family at the palace.

Last week, the Queen took Meghan Markle and Prince Harry to a private party for staffers at Windsor Castle.

Earlier in regards to meeting the Queen, Markle had stated,

“It’s incredible,” Meghan said during the couple’s engagement interview about meeting the Queen. “To be able to meet her through [Harry’s] lens, not just with his honor and respect for her as Monarch, but with the love he has for her as his grandmother. She’s an incredible woman.”

On other news, according to Daily Mail Meghan Markle will take British citizenship and get baptized by the Church of England before the wedding.

Meghan Markle and her husband to be, Prince Harry are living together in a two-bed cottage in the grounds of Kensington Palace, will also take part in the traditional walk to mass by the entire royal family.

Looks like just one big happy family Christmas with traditions among the royals for Meghan Markle and a very ROYAL New Year!

Rodney Conover
← Previous Story The Most Drastic Makeovers of 2017….From Kate Hudson to Kim K!
Next Story → ‘Baby it’s Cold Outside,’ Innocent Christmas Classic or Sinister Song of Sexual Harassment?